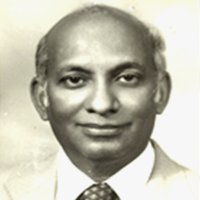 Nabeen Chandra Nayak got his MBBS (1952) from SCB Medical College getting several Distinctions and Medals, and MD (Pathology) from KG Medical College, Lucknow availing the first Indo-US Technical Cooperation Mission (TCM) Award. A couple of years after obtaining MD, he proceeded to the USA on a TCM Merit Fellowship to do research on experimental liver disease at the Kansas University Medical Centre, with Professor John Higginson, where he honed his expertise in diagnostic histopathology. After coming back to India, he joined as Faculty of the Department of Pathology, All India Institute of Medical Sciences (AIIMS), New Delhi, where he later headed the Department for several years and also the Cancer Centre for five years.

While at AIIMS, Nayak conducted extensive studies on important liver diseases in humans. He also carried out experimental studies in rats, mice and monkeys on different aspects of liver injury. His contributions to hepatitis virus infections, its relationship to the fatal and very common liver cancer, Indian childhood cirrhosis, cirrhosis-like disease of non-cirrhotic portal fibrosis (NCPF) and the biology of alpha-feto protein quickly drew international and national attention. He was invited by the WHO, Geneva as Member of a very select team that for the first time reported the relationship of Hepatitis B virus to human cancer and recommended the use of a vaccine for prevention of the common and highly fatal liver cancer.

Nayak headed the WHO South East Asia Regional Office’s Expert Committee on Chronic Liver Diseases and Liver Cancer. He was invited by the Kuwait University to chair the Department of Pathology at the Faculty of Medicine, where he redesigned its professional, educational and research programmes during his nine year tenure. He was Team Leader of the Indo-US, Indo-British, Indo-German and Indo-Russian research projects on Liver Cancer and was nominated Expert to various Health and other Science organizations.

Professor Nayak was conferred the prestigious Basanti Devi Amir Chand Award and Amrut Modi Unichem Awards by ICMR, Sir Sriram Oration Award by the National Academy of Medical Sciences, Hari Om Ashram Award by the Medical Council of India, DV Datta Oration by INASL, first Visiting Scientist Award by the Japanese Society for Promotion of Science, FICCI Award for excellence in Science and Technology Research including Agriculture, and several National/International Oration awards. He was also elected Fellow of the Indian Academy of Sciences, Bangalore and Indian Academy of Medical Sciences.